Skip to content
Home English Literature Hamlet: A Play within A Play or Mouse Trap by William Shakespeare

Hamlet a play within a play

Hamlet a play within a play is a most popular play written by William Shakespeare. It is a tragedy by Shakespeare written in mid 1599-1601. Hamlet is known as a revenge tragedy. It was registered as ‘ latelie Acted’ in July 1602. It’s Chief non-dramatic source was ‘Saxo Grammaticus’s narrative in his ‘Histoiae danae, as retold by Bellforest in his Histories Tragiques.

In this play Hamlet welcomes a troupe of visiting players and arranges a performances of   ‘A play within a Play or Mouse Trap’ about fratricide.

T.S Eliot used a terms for Hamlet ‘Objective Correlative‘ in his essay “Hamlet and his Problems” (1919).

T.S. Eliot quotes that Hamlet is the Monalisa of Literature.

T.S. Eliot quotes that Hamlet is an ‘Artistic Failure’

You can read summary of whole play from here – Hamlet Summary

There are various different characters in Hamlet. They perform their roles well.

Quotes and Lines from Hamlet

“There is nothing either good of bad, but thinking makes it so” – Hamlet to Rosencrantz

‘To be or not to be that is the question;” – Hamlet to Himself

“Doubt thou the stars are fire;

Doubt that the sun doth move;

Doubt truth to be a liar;

But never doubt I love.”

“This above all; to thine own self be true,

And it must follow, as the night the day,

Thou canst not then be false to and man.”

“There are more things in Heaven and Earth, Horatio, then are dreamt of in your philosophy.”

“To die, to sleep

To Sleep, perchance to dream , ay there is the rub,

for in this sleep of death what dream may come.”

“Though this be madness, yet there is method in’t”

“Brevity is the soul of wit”

‘Conscience doth make cowards of us all” – Hamlet

“My words fly up, my thoughts remain below; words without thoughts never to heaven go.”

“When sorrows come, they come not single spies, but in battalions.”

“God hath given you one face, and you make yourself another.”

“Sweets to the sweets”

“The lady doth protest too much methinks”

“Madness in great ones must not unwatched go”

“I must be cruel only to be kind; thus bad begins, and worse remains behind”

“What we are true to ourselves we can not be false to anyone.”

“Something is rotten in the state of Denmark.” – Marcellus to Horatio

“So full of artless jealousy is guilt, It spills itself in fearing to be spilt.”

“To be honest, as this world goes, is to be one man picked out of ten thousand.”

“The rest, is silence”

“The devil hath power to assume a pleasing shape.”

“Sir, in my heart there was a kind of fighting that would not let me sleep.”

“Give every man thine ear, but few thy voice; Take each man’s censure, but reserve thy judgement”

“The play’s the thing, wherein. I’ll catch the conscience of the king.”

“Get thee to a nunnery.”

“But Break , my heart, for I must hold my tongue.”

“There is a divinity that shapes our ends.”

“There is special providence in the fall of a sparrow.”

“A little more than kin, a little less kind.”

“Where love is great, the littlest doubts are fear; where little fears grow great, great love grow there.”

“Neither a borrower nor a lender be.”

“A knavish speech sleeps in a fools ear.”

“Give thy thoughts no tongue.”

“If your mind dislike anything obey it.”

“Are you like the painting of a sorrow, a face without a heart.”

“Could beauty, my lord, have better commerce than with honesty?”

“I must be cruel only to be kind.”

“Frailty thy name is woman” – Hamlet

“Be wary the; best safety lies in fear youth to itself rebels, though none else near.”

“Our thoughts are ours, their ends none of our own.”

“O’ Hamlet, thou hast cleft my heart in twain”

“A dream itself is but a shadow.”

1. Fortinbras in Hamlet is:

(a) Prince of Denmark

(b) Prince of Norway

3. “Frailty, thy name is woman” is a famous line from the play-

4. In which Shakespearean play, “Oedipus Complex” is reflected?

5. Shakespeare’s soliloquies are defined as “…….. a locution dominating the stage and the attention delivered by a speaker who is alone on the stage.” Identify an exception to this definition in the context of Shakespearean tragedy.

(c) Hamlet’s soliloquy, ‘Now might I do it pat’

(d) lago’s Soliloquy, ‘If it were done when this done.

6. Identify the element from the options given below that makes Hamlet superior to Elizabethan revenge plays:

(a) insanity or feigned insanity

(b) violent death of hero

(d) awareness of the moral implications of revenge

(e) the use of a number of soliloquies

7. Who speaks the following line in Hamlet?

“Something is rotten in the state of Denmark.”

8. Identify the critic who posited this view:

The levity of Hamlet, his repetition of phrase, his puns, are not part of a deliberate of dissimulation, but a form of emotional relief.

9. Which of the following characters does not belong to famous Shakespearean tragedy, Hamlet?

10. ……….is the Queen of Denmark and mother of Prince Hamlet.

11. ‘Hamlet’ by Shakespeare is set in which of the following countries?

12. Where was Hamlet studying when he was summoned to Denmark on the death of his father?

13. Who called Hamlet a dramatic failure?

14. In William Shakespeare drama “Hamlet”, who said this ‘A dream itself is but a shadow.’?

15. Who is the first character to die in William Shakespeare’s play Hamlet?

16. Prince Hamlet is the title character and protagonist of William Shakespeare’s play, ‘Hamlet’. He is the Prince of which country?

(Quote Act III, Scene I) is a famous quote

from which play William Shakespeare’s?

(a) The Merchant of Venice

(b) Romeo and Juliet

18. The play Hamlet by William Shakespeare is categorised into which category on the basis of theme of the play?

19. Who is Horatio in the play Hamlet by William Shakespeare?

(a) The young Prince of Norway

(d) A soldier and Guardsman at Elsinore

(a) To kill Claudius or not to kill him?

(b) To kill Gertrude or not to kill her?

(c) To marry Ophelia or not to marry her?

21. Who called Hamlet “an artistic failure?”

22. Who is Hamlet’s beloved in Hamlet?

23. Who has written ‘Hamlet and His Problems’?

24. In ‘Hamlet’ how many times does Hamlet’s Ghost appear?

25. Shakespeare’s play Hamlet is influenced by –

27. Which of Shakespeare’s tragedies is called the ‘tragedy of reflection’?

words of These are the last

before his death in Shakespeare’s play.

How weary, stale and unprofitable seems to me all the uses of this world.”

Which of Shakespeare’s tragic heroes utters these words?

30. Which one of the following statements is true of Hamlet?

31. Which purpose is resolved in the scene between the two gravediggers in Hamlet, Act V scene I :

(a) It provides suspense

(b) It confirms that Laertes will redeem his family honour

32. Who is Laertes in the play Hamlet?

(a) Brother of Ophelia

(b) Rival of Hamlet

34. “Thus conscience does make cowards of us all.” Who Says?

(a) Polonius to his son

(b) Polonius to Reynaldo

36. “Our thoughts are ours, their ends none of our own” Who speaks this?

(a) Player King in Hamlet

(b) Player Queen in Hamlet

37. What is the name of the play in play in Hamlet?

(a) The Mousetrap that shows the murder of Gonzalo

(b) The Rat Trap that shows the murder of King Hamlet

(C) The Mousetrap that shows the murder of Gonzalo

39. “Let the galled jade wince, our withers are unwrung.” Where does it appear?

41. “For use almost can change the stamp of nature And either lodge the devil or throw him out With wondrous potency.” Who is the speaker?

43. “When sorrows come, they come not single spies But in a battalion.” Who is the speaker?

45. “For goodness, growing to a pleurisy,

Dies in his own too much.”

Who utters these lines?

46. “There is divinity that shapes our ends.” Who says?

Look Back in Anger 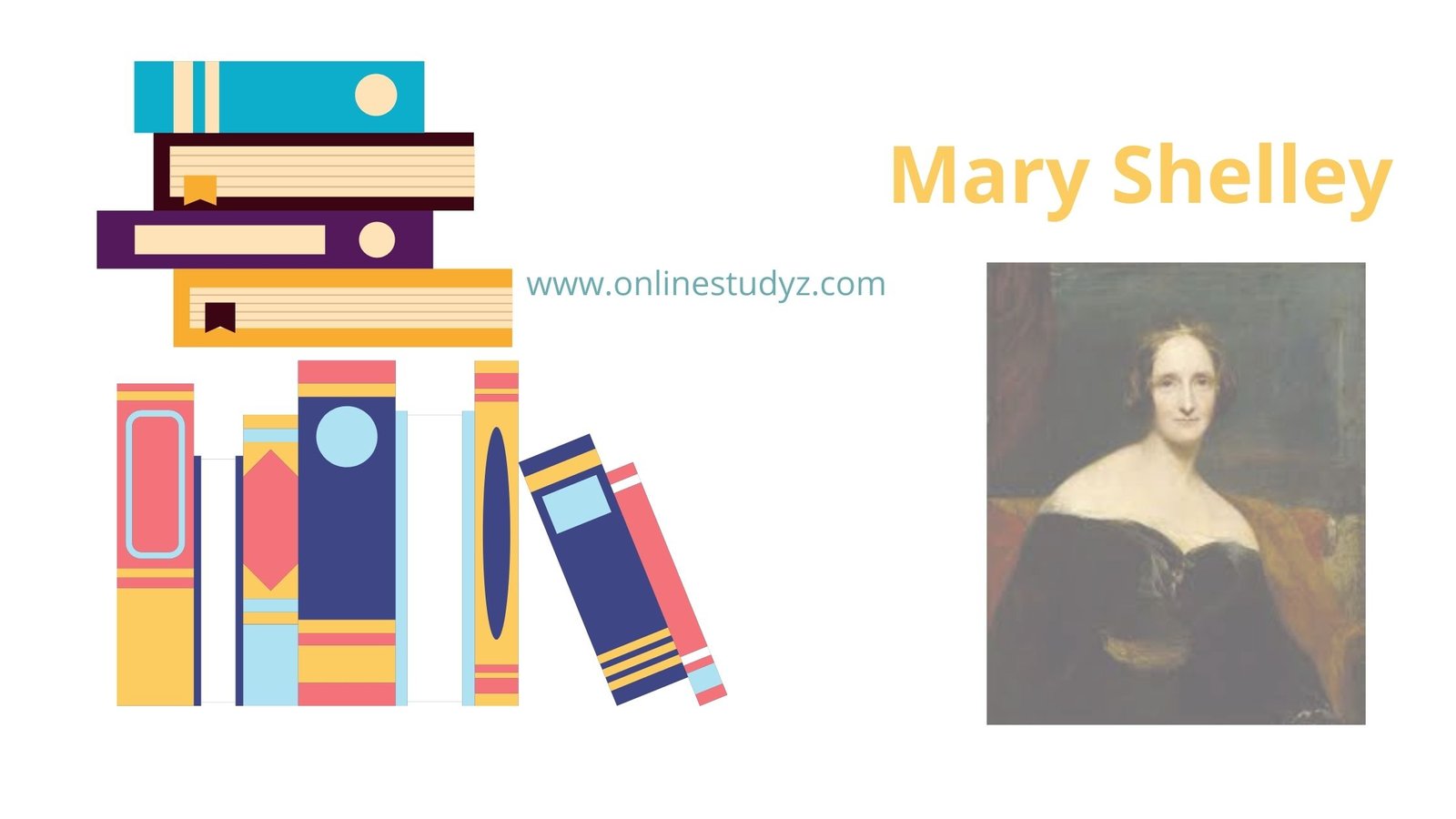